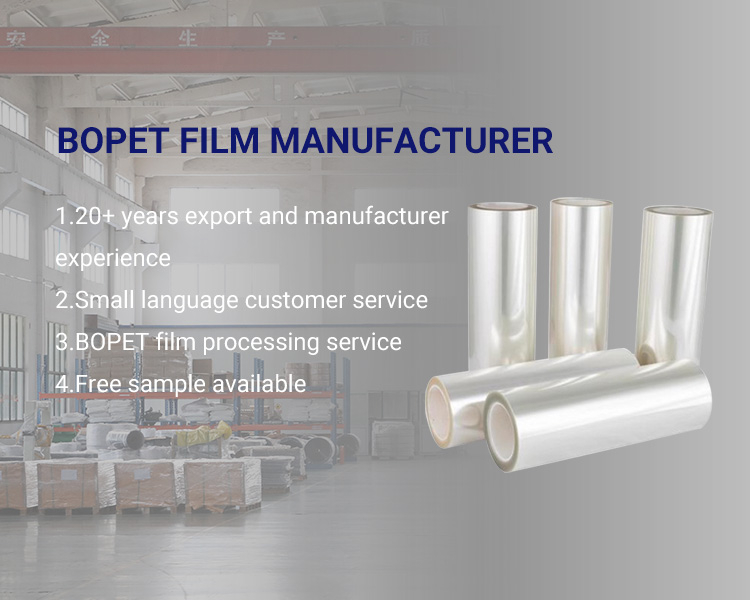 You are here: Home » BOPET Film

What is BOPET Film?

BOPET film is a polyester film that is made into a multifunctional polyester film by stretching polyethylene terephthalate (PET) in its two main directions Engineering film, the film has high tensile strength, chemical and dimensional stability, transparency, reflectivity, gas and aroma barrier properties and electrical insulation.
BOPET film makes many aspects of our modern life possible by providing key functions for end markets such as consumer electronics, automobiles, green energy, and medical equipment. However, so far, the biggest use of BOPET film is in flexible packaging structures, and its unique characteristics make it a pillar for the construction of high-performance MLP (multi-layer plastic) structures. BOPET film has incredible resource efficiency and weight in the flexible packaging market. Although BOPET film only accounts for 5-10% of the total volume and weight, the percentage performance of packaging structures that rely on the unique combination of BOPET film is much higher. Up to 25% of packaging uses BOPET as a key component.
CONTACT US 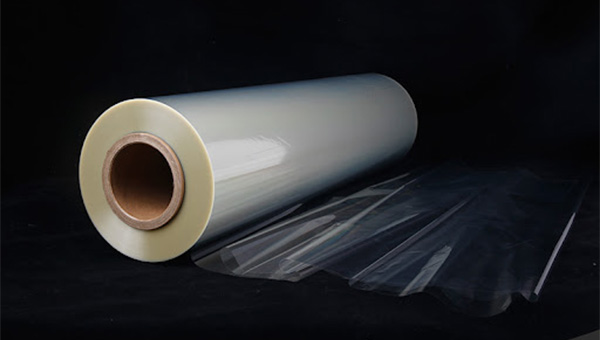 BOPET film is a biaxially oriented polyester film. BOPET film has the characteristics of high strength, good rigidity, high transparency, and high gloss. In addition, it has odorless, tasteless, colorless, non-toxic, and outstanding toughness.
We will be in a very short period of time to give you a satisfactory reply.
Send Us Your Inquiry Today

What kind of BOPET film we can do? 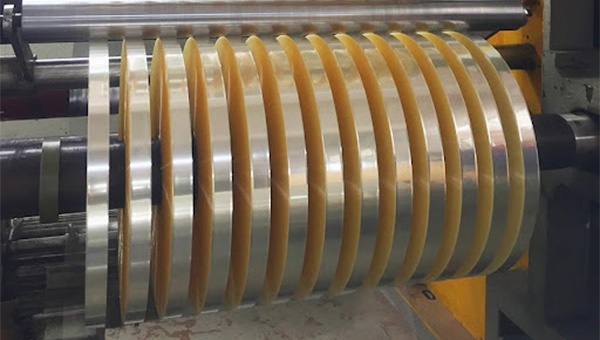 What is the size range of BOPET film?

BOPET film is a biaxially oriented polyester film. BOPET film has the characteristics of high strength, good rigidity, high transparency, and high gloss. In addition, it has odorless, tasteless, colorless, non-toxic, and outstanding toughness.
The thickness of the BOPET film can be 7~400um, and the roll width can be 5~1800cm.

1. BOPET is one kind of thin-film plastic material. BOPET film is a biaxially oriented polyester film. BOPET film has high strength and good performance.
2. High gloss characteristics and high transparency
3. Odorless, tasteless, colorless, non-toxic, outstanding toughness.
4. The tensile strength of BOPET film is 3 times that of PC film and nylon film, the impact strength is 3-5 times that of BOPP film, and it has excellent wear resistance.
5. Folding resistance, pinhole resistance, and tear resistance - the thermal shrinkage is very small, and it only shrinks by 1.25% after 15 minutes at 120 °C.
6. BOPET film has good resistance to electrostatic, is easy to carry out vacuum aluminum plating, and can be coated with PVDC, thereby improving its heat sealing, barrier properties, and printing adhesion.
7. BOPET film also has good heat resistance, excellent cooking resistance, low temperature freezing resistance, good oil resistance, and chemical resistance.
8. BOPET film has low water absorption and good water resistance and is suitable for packaging foods with high water content.
Except for nitrobenzene, chloroform, and benzyl alcohol, most chemicals cannot dissolve BOPET film. However, BOPET will be attacked by strong alkali, so care should be taken when using it.
Factory Tour - Customized BOPET Film

What is BOPET film used for?

BOPET is widely used in daily life - packaging and printing account for 65%, and electronic/electrical appliances and industrial use account for 35%.
1. Food, clothes, cosmetics, and other products packaging - such as ordinary packaging film, bronzing film, and transfer film;
2. Car window film, and mobile phone film which all belong to the optical film classification in BOPET.
3. Release type protective film, diffusion film, incremental film, etc.
4. BOPET can also be used in solar panels, such as solar backing film,

5. Other industrial films such as insulating film, motor film, etc.

What are BOPET film's trends and profits?

What are the advantages of BOPET film?

How does BOPET film perform?

BOPET film is a biaxially oriented polyester film. BOPET film has the characteristics of high strength, good rigidity, high transparency, and high gloss. It is odorless, tasteless, colorless, non-toxic, and has outstanding toughness.
First, high-speed printing and lamination can be carried out. Due to BOPET film's high transparency and good printing effect, it is unmatched by any general-purpose plastic film. Second, BOPET film has good tear resistance and is resistant to the surrounding environment. Insensitive to changes, in the range of 70-220 °C, the film has good firmness and toughness and is widely used in hot stamping base film and vacuum aluminized base film; third, BOPET film has low permeability to odor and gas, the permeability to water vapor is also low, and it also has high transparency and gloss. In other words, the disadvantage of BOPET film is that the heat sealing performance is poor.

What are the main applications of BOPET film?